Monkey: Journey to the West Soundtrack 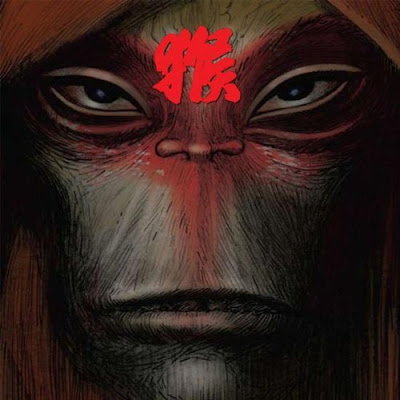 Monkey - I love Gorillaz and when I heard that Damon Albarn is involved in some stage musical, I had to check it out. Monkey: Journey to the West is a stage adaptation of the Chinese novel you know where there's Monkey God and Tripitaka whom everyone wants to eat. The musical was created by Chinese director 陈士铮, together with Damon Albarn and Jamie Hewlett while the original idea came from Jean-Luc-Choplin, head of the Chatelet Theatre in Paris. Would love to check out the musical someday but the soundtrack is rather dope with a rich mix of fusion music injected into it. You get Chinese vocals with European music backdrop courtesy of Damon Albarn and Co. Very interesting stuff and the artwork is also very Gorillazque. Check it out!
01. Monkey’s World
02. Monkey Travels
03. Into the Eastern Sea
04. The Living Sea
05. The Dragon King
06. Iron Rod
07. Out of the Eastern Sea
08. Heavenly Peach Banquet
09. Battle in Heaven
10. O Mi To Fu
11. Whisper
12. Tripitaka’s Curse
13. Confessions of a Pig
14. Sandy the River Demon
15. March of the Volunteers
16. The White Skeleton Demon
17. Monk’s Song
18. I love Buddha
19. March of the Iron Army
20. Pigsy in Space
21. Monkey Bee
22. Disappearing Volcano
Posted by 18htn at 2:27 PM