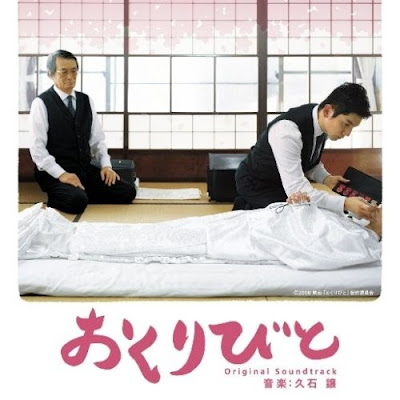 Departures/ Okuribito - If you've watched the movie, you would totally love the soundtrack because it definitely has a great impact on the movie's success. Mamoru Fujisawa or more professionally known as Joe Hisaishi is the composer of the soundtrack who is also widely known for his masterpiece in Spirited Away. If death has never been so beautiful to your eyes, it has never been so beautiful to your ears too. Awesome soundtrack.