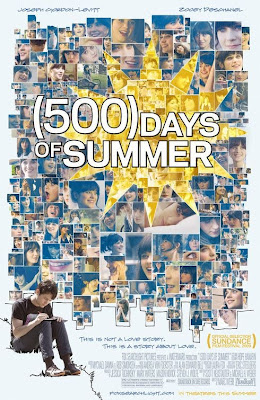 Synopsis - Tom believes, even in this cynical modern world, in the notion of a transforming, cosmically destined, lightning-strikes-once kind of love. Summer doesn't. Not at all. But that doesn't stop Tom from going after her, again and again, like a modern Don Quixote, with all his might and courage. Suddenly, Tom is in love not just with a lovely, witty, intelligent woman -- but with the very idea of Summer, the very idea of a love that still has the power to shock the heart and stop the world. The fuse is lit on Day 1 when Tom, a would-be architect turned sappy greeting card writer, encounters Summer, his boss's breezy, beautiful new secretary, fresh off the plane from Michigan. Though seemingly out of his league, Tom soon discovers he shares plenty in common with Summer. By Day 31, things are moving ahead, albeit "casually." By Day 32, Tom is irreparably smitten, living in a giddy, fantastical world of Summer on his mind. By Day 185, things are in serious limbo -- but not without hope. And as the story winds backwards and forwards through Tom and Summer's on-again, off-again, sometimes blissful, often tumultuous dalliance -- all of which adds up to a kaleidoscopic portrait of why, and how, we still struggle so laughably, cringingly hard to make sense of love and to hopefully make it real.
Review - Finally got to watch this flick. Not too serious. Casual. Kind of what the movie is trying to portray about relationships. Love the entire non-linear style of the movie which rotates back and forth between dates signified by a simple title card flashing in between scenes. Great to see Deschanel and Levitt who were extremely comfortable with their roles, together with some superb dialogue. The carefree girl meets the neurotic boy in love with the not so typical ending. Lovely and definitely worth a couple of smiles. Soundtrack was awesome too.
Posted by 18htn at 1:30 PM

We would like to invite you to promote your blog on our blogosphere. Totally free for everyone!

Click on the 'Tutorial' button if you're not sure how to use it.

heard that it's nice..
will try to watch it someday =)