Line of Work by Jill Anholt 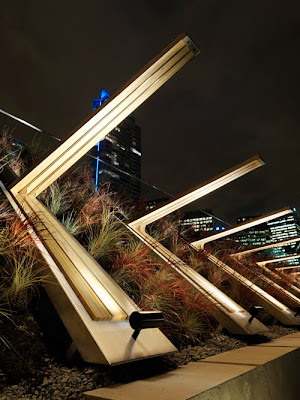 Line of Work - Created for the edge of a pedestrian pathway next to the new Vancouver Convention Centre, the idea is inspired by the ripple effect or more specifically the notion that single elements working together can become more than the sum of their parts. Composed of a changing series of individual elements that together form a giant wave-form that reaches out towards the sea, the elements grow in both sizes and reach along the edge of a pedestrian pathway connecting the Vancouver Convention Centre to the Seawall and forming an increasingly protective enclosure. Pretty neat urban design. Click here for more info. 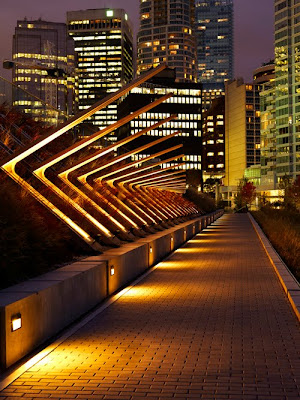 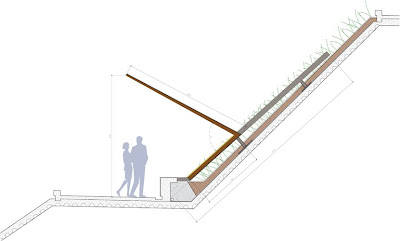