Poster with a Central Image 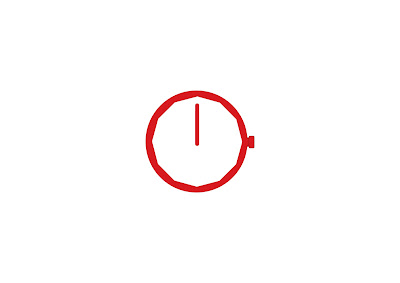 Poster with a Central Image -
"The old idea in advertising was that a poster should hit you in the eye, and even today many people would agree. It is a way of getting information across to the average passer-by, who might well be thinking about the transformation of a caterpillar into a butterfly: a violent transformation, and everyone knows that violence has to be opposed with equal violence.
But joking apart, what did these old-fashioned advertising men mean by hitting you in the eye? They probably meant that a poster must stand out a mile from the other posters displayed around it in the street. It must jump out at you, surprise you, capture your attention by an act of banditry. The same thing goes for all the other posters nearby.

A poster for soap, for example, or for some detergent, must be quite different from any other poster for soap. We already know that a certain detergent washes white, that another washes whiter, that a third washes whiter still, that a fourth washes whiter than the first and second put together, that a fifth washes easily twice as white, and that a sixth (which is in fact the same powder as the one which started the whole idea) washes so white that it makes things look black.

It usually happens that when someone cannot keep his end up in an argument he begins to shout. In this way he does not add anything new to his argument, but at least he makes himself heard. Many posters want to make themselves heard at all costs, and so they shout with their colours, yell at you with strident shapes. And the worst thing of all is that there are thousands of them all bellowing at you in satanic discord. Not having studied the exact techniques of visual communication, advertisers fall back on commonplace images which they multiply ad nauseam and without thinking whether the forms and colours they are using could not equally well be applied to tyres, soap or aperitifs. But the designer's experiments have taught us that it would be enough to employ an usual colour, a different form, and to give the passer-by exact and immediate information instead of assaulting him time and time again until he is battered senseless.

On the other hand one sometimes sees posters so jaded they seem to have been deliberately camouflaged, and it is incredible that they could have been accepted and printed. It probably happens like this. The painter (not a graphic designer) makes a rough sketch of the poster and takes it along to the advertising manager's office. This sketch is full size, say three feet by five, and done on canvas or stiff paper. It is propped up opposite the advertising manager's desk for his approval. Now his office is furnished with exquisite taste, as befits the head of a department, but must be seen to be such. The colours are muted, the furniture of a classical restraint. There is nothing in the least gaudy about it. In these surroundings the poster, even if it is ugly, has an explosive force. The picture hanging on the wall beside it looks like a washed out photograph. The poster is accepted and printed, and only then is it realised that surrounded by a mass of other posters it is barely noticeable. But what's done is done, and all we can hope is to do better next time.

There is one basic kind of poster that graphic designers often use, because it is so visually compelling. This is the Japanese flag, a red disc on a white background, Why is such a simple design so effective? Because the white background isolates the disc from everything around it, from the other posters, and because the disc itself is a form that the eye finds it hard to escape from. The eye is in fact accustomed to making its escape at the points or corners of things, at the head of an arrow for example. A triangle offers three escape routes, a square offers four. A circle has no corners, and the eye is forced to go round and round in it until it tears itself away with an effort.

How is this basic pattern used in a poster? The disc may represent or become a tomato, a plate of soup, a clock, a football, a shell, a steering-wheel, a cooking pot, a round cheese, a button, a champagne cork, a gramophone record, a flower, a roadsign, a wheel, a tyre, a target, a ball-bearing, a Gothic rose-window, an open umbrella, a cogwheel ... and last but least the globe. A photo of a globe, the globe painted with bold strokes of the brush, a globe made of strips of paper or torn paper scraps, in black and white, in colour ....

Even today you will find this basic design used for countless posters."

Design as Art by Bruno Munari and Naoto Fukasaw's Twelve in red
Posted by 18htn at 1:57 AM