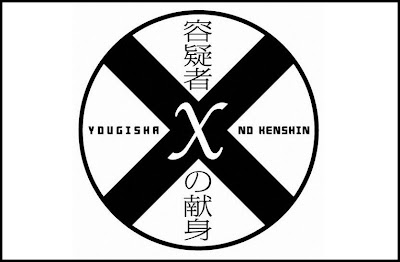 Synopsis - The body of a male has been discovered, strangled to death, his face pulverized beyond recognition and fingers burned to a crisp. Assigned to the case are local precinct detective, Kaoru Utsumi, and her ex-colleague from headquarters, Shunpei Kusanagi. It turns out that the neighbour of the victim's ex-wife is a college alumnus of brilliant physicist, Manabu Yukawa, aka “Detective Galileo."He is Tetsuya Ishigami, a high school math teacher whom Yukawa personally considers a true genius. When Yukawa is brought onto help with the case by Utsumi, he begins to suspect that this “true genius"and with whom Yukawa shares a bond of friendship as an intellectual equal is somehow connected to the murder. Elaborate bluffs, false testimonials, loopholes in logic − all begin to appear in Detective Galileo's way as if intentionally placed as a challenge by someone with mathematical brilliance.
Review - Finally I got to see this movie. Love the concept of a physicist pit against a mathematician, it couldn't have been better. The battle of wits in a very humane way characterised by Jap movies. Would you prefer to create the perfect, unsolvable puzzle, or to be the one who can solve the unsolvable puzzle, that is the question of the movie between the two geniuses. The scenes and dialogues between the two are extremely thought provoking for me and not forgetting the many twists in the movie like how the alibi was made and Yukawa's vulnerability in one scene. Definitely not your typical detective movie like Se7en where the focus is on the twisted mind of the murderer, this flick highlights the whys and hows of the murder. The power of Cupid's arrow can be extremely strong at times and it could sometimes transform one to assist and become an accessory to murder. After watching the Galileo series, I kind of ponder the motives of the murders in the cases shown, many a times the murderer is innocent while the murdered is the guilty one but due to unwanted or accidental circumstances, the tables are turned and the good becomes the one to suffer. I guess its really depressing to go through such an experience but its also a stroke of genius by the writer to highlight the vulnerabilities of mankind. A must watch if you love the Galieo drama.
Posted by 18htn at 9:40 PM